Gencon is my favorite vacation that I take each year. This will be my fourth year attending Gencon, and I like to think I have learned a thing or two over the last couple of years. In this article I am going to provide you with stories from my first three years, and at the bottom I will provide a bullet pointed advice list. Now once again, this is just from my personal experience, but I do think that a lot of it is pretty universal.

The first year I attended Gencon, it was on a whim. I had just gotten really into Zombicide (some would argue too into Zombicide) and I heard it was the best four days 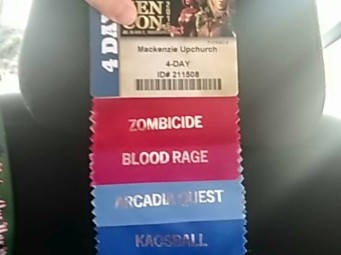 in gaming. I convinced my husband and our best friend at the time that we should go. I had no idea how the system worked, or that I was a couple months too late for the hotel lottery, or that signing up for events was important. We got a hotel about 30 minutes away, and signed up for one event. We also decided to use Uber to get to and from the convention center…while it was not terrible, it was costly. I would not personally suggest going that route. When we arrived, the first place we went was the exhibit hall. It was an awe inducing moment. My jaw hit the floor honestly. I think this was the first moment I realized how much more there was to boardgaming. We spent the remainder of Gencon wandering through the exhibit hall, eating food truck food, and loitering near the Cool Mini or Not booth. Every single game I played that year was from CMON…that list included Kaosball, Zombicide, Blood Rage and Arcadia Quest. It was fun, but there was so much more that we could have done that first year if we had researched and planned.

Year two and I figured that I knew how to Gencon. This year I went with my husband, and two of our D&D party members. We signed up for events on time, and got into the hotel lottery. We were still about 15 minutes away, but this time we got a parking pass. The only events we signed up for were Dungeons and Dragons Adventurer’s League events. Almost every hour of the day was logged for these events. While I enjoy D&D, my first priority is other kinds of board games. The entire weekend, I was only able to play one other board game. It was the only time that I have left Gencon feeling entirely depressed. Now, there are two mistakes that I made in this case. First, the party members we went with (in one car) did not have the same drive to be at the center all day. We wanted to be at Gencon starting at 8am and staying until 12am or later. However, most days they would not wake up until 9 or 10am. It is important to set expectations accordingly and plan for each other’s needs before getting there. If we had known this before hand we may have taken seperate cars, or worked around the issue in another way. Second, you do not have to stay with the people you come with all hours of the day. This is something I would not learn for another two years though. 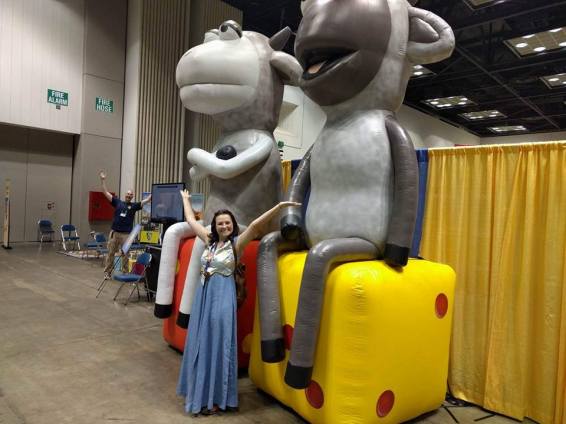 As we continue onto year three, this year we are with my husband and our close friend. Now this year, we reflected on the prior years and started to get everything right. Remembering how upset I was the year before, we brought a friend who plays D&D with us, but also loves board games. We set expectations beforehand with him and told him what we would like to do. We balanced our time between board gaming, D&D, the exhibit hall and meeting with friends. It was by far our most well planned out visit, but we still could have been more organized in that planning. We still spent the majority of the time playing D&D, and had a lot of time unplanned that could have been used doing something better than waiting around. Additionally, it was another year that all three of us were inseparable, and would not do events without each other. While it did not cause fights this year, we still have our own unique interests that could have been sought out differently had we split up. 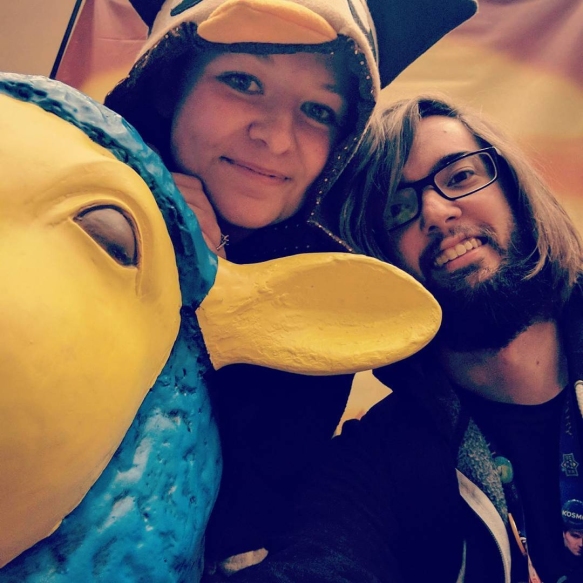 Now we are up to this year. We had such a great time last year that we are going with the same group. As far as planning goes…I have a color coded spreadsheet of the events we want. Events go up tomorrow and I know we won’t get everything we want, but it will help me to fill in the gaps visually with other events afterwards. Our spreadsheet includes not only events, but dinner, exhibit hall time, and time set aside to play with friends. In addition to careful planning this year, I also convinced my group that it is ok to split up. They want to do a D&D track. I most definitely do NOT want to do that. We have found peace. They are signing up for the track and I am playing every game I possibly can during those times, and I may even be able to sign up for some miniature painting courses..something I have wanted to do for years but no one else ever was a painter. In the evenings and mornings we are doing events and exhibit hall time together. I am really excited for this set up, because it means I will actually get to do whatever I want this year. The excitement for this year is building, and I can’t wait to play a bunch of new games with a lot of different people.
So finally my advice list for you:

4 thoughts on “Things I have Learned from Gencon Failures”