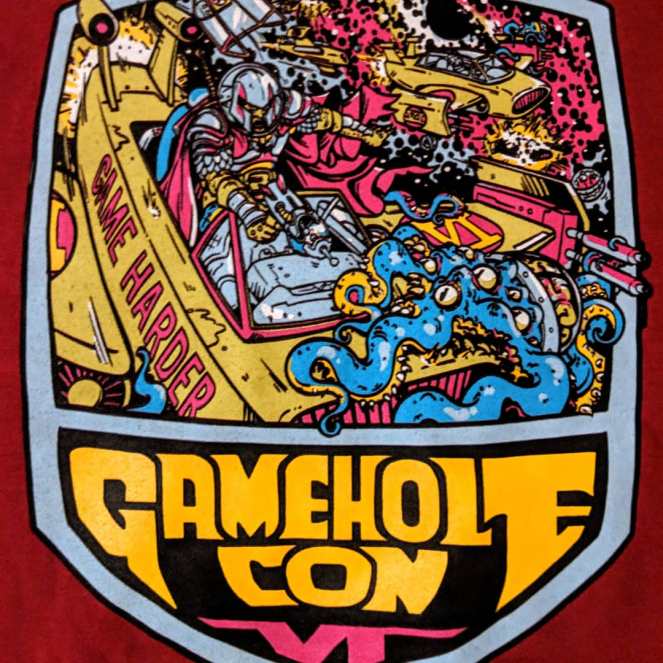 Yesterday we got home from our yearly excursion to Gamehole Con in Madison Wisconsin. Despite it’s smaller size, I can honestly say that it is my favorite convention that we go to yearly. There are a variety of reasons for this, but mostly because it feels like a bunch of friends getting together to play tabletop RPGS and board games. This has a lot to do with the thoughtfulness of the planning of the convention itself. For this blog post I will be solely discussing the convention at large. However if you are interested more specifically in my experiences with Adventurer’s League at Gamehole Con, check back on Wednesday.

There is a lot of planning involved in making Gamehole Con feel more like a get together of friends and less like a large scale convention. Certain aspects really stand out to me as an attendee that make it a convention that I continue to look forward to attending. For one, despite the fact that this year there were at least 4,000 attendees it did not feel overly crowded. It was easy to get into the games that I wanted to play, and there were plenty of events to choose from. While there are a variety of events, the vast majority were RPGS. However, for players who are not fans of RPGS, there is a free board game library for players to check out board games and usually a few local publishers demoing games as well.

When players were not involved in events, many people would be milling about participating in the free paint and take miniatures, trying one of the play to win games, or browsing the exhibit hall. The exhibit hall is relatively small, but I really like that it features local game stores, publishers and artisans. Over multiple years of attending and browsing the exhibit hall you begin to feel as though you know the dealers and are familiar with the artists. Our personal favorite dealer is always RPG Coasters. We look forward to adding a new coaster or wall hanging to our collection each year. This year we were able to get a dice box, a dice cup, some hit point counters and a beautiful wall hanging.

In the main hall there is a demo row. In this area, many of the local publishers will come out to demo their games and also have games to purchase. Year after year we tend to see many of the same faces here as well. For instance, Prolific Games is always a great stop for us. We generally pick up 1-2 of their filler games to entertain us during the convention. This year we spent a lot of time at the Thunderworks Games, Piece Keeper Games and Pencil First Games’ booths. We were able to demo many of the different companies’ upcoming titles such as Dual Powers and Skulk Hollow. My two favorite games I demoed this year were Skulk Hollow by Pencil First Games and Gearworks by Piece Keeper Games. You’ll be seeing a review of Gearworks shortly. Another company that we discovered at Gamehole Con in the past and attended this year was Adam’s Apple Games. We bought Brewin’ USA at our first Gamehole Con and have since added all of their games to our collection. We are thankful that we had the opportunity to engage with them and therefore develop a love for their games.

The best thing about the demo row is that because there are less people, designers and publishers generally have the time to answer questions and teach games. Many of the larger conventions make these conversations feel rushed. In addition to getting to know the regular dealers, we also find that we recognize many of the same players year after year. We develop friendships through this convention and look forward to seeing those friends in the following years. This is especially true of those who play in Adventurer’s League games throughout the weekend.

Another thing that really makes Gamehole Con stand out is how affordable it is. Like most other conventions, there is a cost for the badge, hotel and events. However Gamehole Con does stand out from other conventions in two ways for me. First is the entry cost is fairly low. Badges are priced competitively, and tickets are generally only 2$-4$ a piece. This is a steal compared to other conventions. Not only are tickets cheap, but they are also stored digitally so players do not have to worry about losing tickets. It also makes the purchasing and returning process very easy at the convention since it is just the click of a button. Additionally, the organizers go out of their way to include ways to maximize the value of the convention.

One nice thing is there is free parking at the convention center. It is wonderful to have reliable free parking available. They also make staying hydrated easy by providing a souvenir cup for only 15$ that gives players unlimited free refills throughout the weekend. The cup can be purchased when buying badges, so players have it immediately upon entering the convention. Along with the cup, players also have other swag options that can be added to the badge for easy pick up. We always invest in the yearly D&D plushy and a T-shirt to go with our cups. 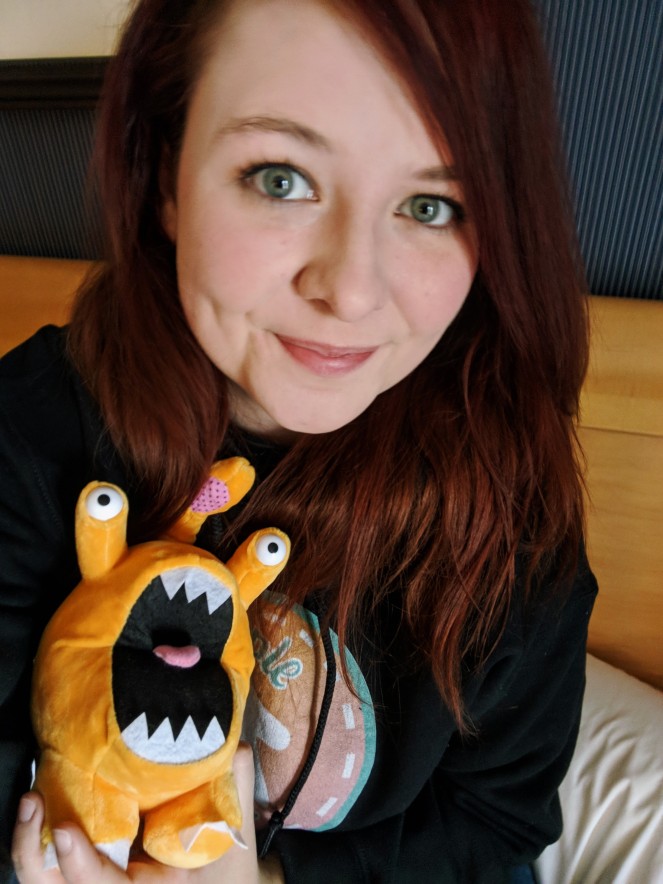 Food is also easy to find at the convention with snack shops throughout the convention center and food trucks stationed outside. Getting food is quick with limited lines, and there is enough variety so that you won’t have to eat the same thing twice throughout the convention. I do wish however that there were more tables available, as I ate many of my meals on the floor in a hallway. It would also be nice to have additional tables for open gaming.

It is easy to tell that the organizer knows their audience by the special guests in attendance. Some big names this year included Matt Mercer, Jeremy Crawford, Satine Phoenix, and Eric Lang. These special guests are easy to find and talk to during the show, which is not always the case for conventions. There are also many games that are run by these guests, and allow players to engage with them easily.

The strong organization and focus on the gaming is what keeps me coming back to Gamehole Con year after year. Even as the weekend has just ended I am already looking forward to next year’s event. Though I must say, I am nervous with it starting on Halloween that we will only be able to attend for the weekend. After all, it would be cruel and unusual punishment to leave a sub with my class on Halloween and the day after Halloween.

One thought on “Overview of Gamehole Con 2018”