***This is a review of the first expansion for Wingspan, if you are interested in a full Wingspan review you can find one here*** 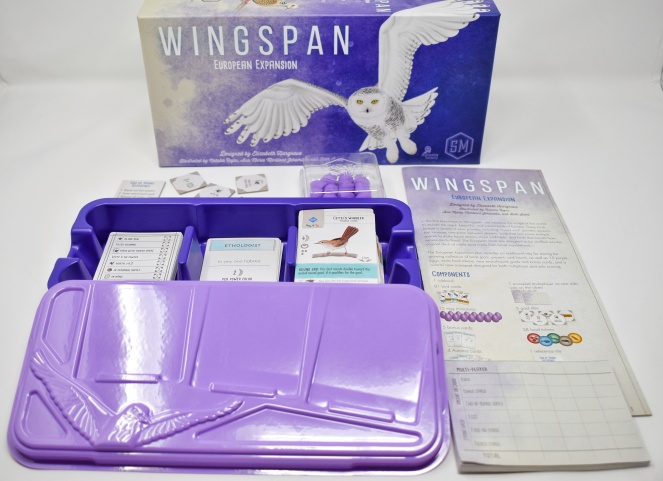 The European Bird Expansion added exactly what Wingspan needed to make sure the game remained in a constant rotation at our house. The new bird cards increase the power of strategies such as food caching and bird tucking. While these strategies in the past tended to fall short of the egg strategy in the base game of Wingspan, the expansion adds cards that will allow players to be competitive with either strategy. This really has helped create a more balanced Wingspan experience.

In addition to balancing out the different strategies in the game, this expansion also adds new bonus cards and end of round goals to the mix. This helps keep the replayability of the game high. Additionally, I really enjoyed the addition of the end of round tile that awards points for having the most birds without any eggs. This was just another way that players could balance out the very strong egg strategy if that has been a concern in the past. 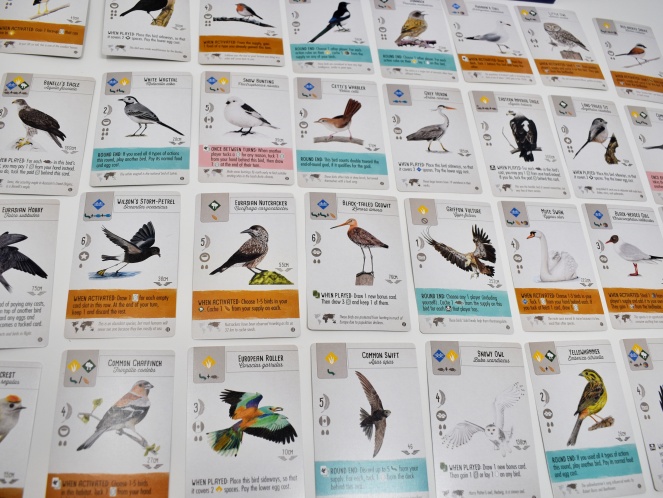 While I love the added replayability, I do wish that the expansion required players to remove some bird cards when mixing in the new bird cards. Sometimes it can be difficult to really see the impact of the new bird cards when the deck is so large. I understand that it is important for the percentages on the bonus cards to remain correct, but I am nervous to see as more expansions are added how unwieldy the draw deck becomes.

Beyond the cards themselves, the added components in the game are excellently done. The purple eggs help ensure that in higher player count games, players do not run out of eggs. Additionally, the new storage for the cards is both pretty, and extremely helpful. I wish that the expansions would fit in the base game. Hopefully in the future either Stonemaier Games or a third party will release a storage solution as more expansions become available.

As an educator, I love that Stonemaier Games is continuing to release expansions for Wingspan that cover birds from each continent. I think the game continues to develop educational value as students can learn a little about birds that they may not see in their home environment. I also love that the mechanics for each bird are based on facts about each individual bird. The amount of care shown throughout the game could make for a valuable tool in a life science class.

Overall though, I would highly suggest this expansion for anyone who has enjoyed the base game of Wingspan. The added balance and replayability makes Wingspan feel like a brand-new game again. If you are interested in hearing more about the expansion or preordering it, head over to Stonemaier Games’ website. Pre-orders for the expansion open on November 6th.