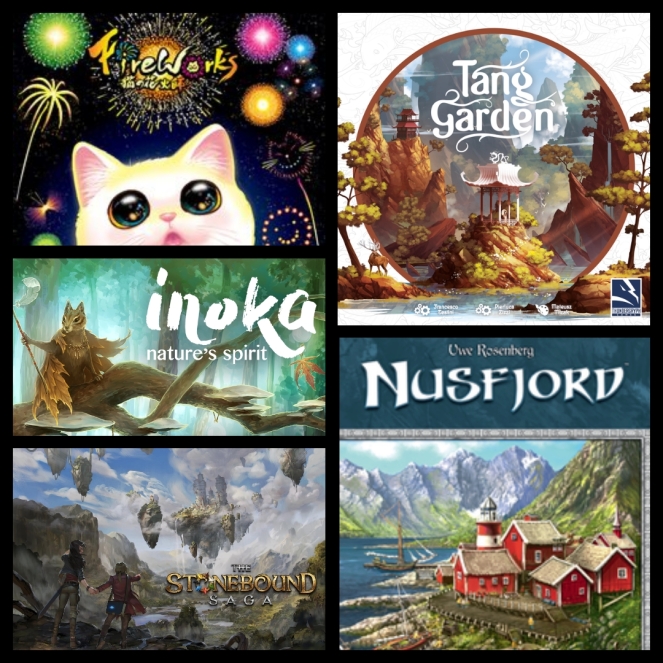 June has been a relatively quiet month for me as far as purchasing and pre-ordering games. In preparation for Gencon, I am currently saving money for the inevitable purchases in the Dealer Hall. That did not mean I was completely good though, as I did Kickstart two games, and I have my eyes on purchasing two more.

Three honorable mentions in the Kickstarter category for me this month would be Plucky Penguins, Mythic Battles: Pantheon, and Miremarsh, which I may have backed if it was not the month before Gencon. Plucky Penguins is a competitive game where players compete to become the new penguin leader. The art is both funny and vibrant, plus I love penguin themed games. Mythic Battles: Pantheon was actually a reprinting of a game I have had my eye on. Unfortunately the cost for me was too high for a game that would likely not see the table very often. I really just want to get it to paint the miniatures, and I can’t justify that. In Miremarsh players play as Bog Goblins competing to become the next Goblin King. The game comes complete with a variety of cool miniatures, and the art style is dark and interesting.

Games I Hope to Acquire:

2 thoughts on “June 2018: Kickstarters/ Pre-Orders/ Games I Hope to Acquire”