Its the time of year that is known for reflection, so I figured why not reflect on my personal favorite games of 2018. I must say, this list was a little difficult for me this year, as I have not played as many of the big titles as I would have liked to though many are sitting under a Christmas tree for me to try next week. Additionally, overall I felt that 2018 had less games that fit my tastes than 2017, which was a wonderful year for me as a gamer. 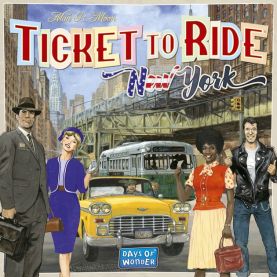 Like many other gamers, Ticket to Ride was one of my gateway games, and I still enjoy adding different versions of it to my collection. Ticket to Ride New York has been by far my favorite addition to that collection.  It is quick, easy to play and the small board provides quick gameplay and plenty of tension. In addition to being a favorite of mine, it is a game that I have gifted to multiple people this Christmas. 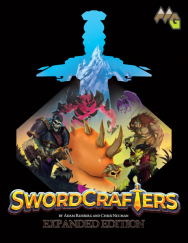 I have a love for unique asethetics in games.  Swordcrafters took a game that could have been a different simple tile laying and set collection game and made it epic. How did they make it epic? During gameplay, players are building a 3D sword that they will compare for end game scoring. The 3D nature of the game also provides unique challenges that you would not see in a typical tile placement game. The expansion also adds tons of replayability. Between the aesthetic and strong game play is has become a favorite filler at our house. 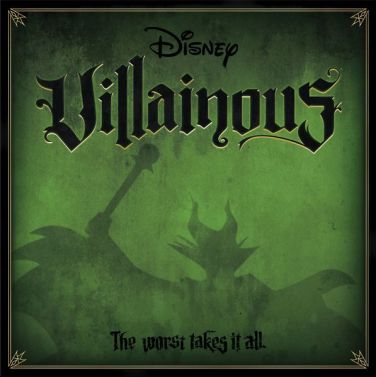 I love Disney, but I love Disney villains more. The premise for this game is both unique and very well done. The game features asymetric gameplay where players are villians from Disney trying to out do each other. The asymetric element means that the game can be played six times before even experiencing the whole game. While there is a lot of luck invovled, the game also includes plenty of player interaction and player choice to help balance it. The creativity and nostalgia made it a game that hit the table frequently in 2018. Only thing that could make it better? An expansion with Scar!

#2. Between Two Castles of the Mad King Ludwig 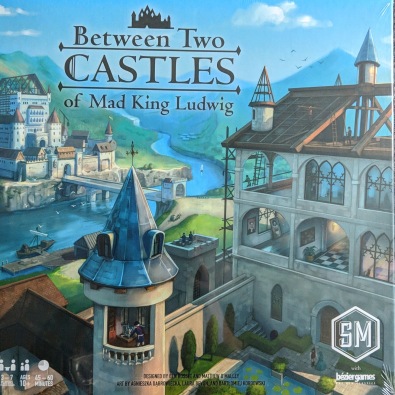 This game combined two other games that I already had a soft spot for, Between Two Cities, and The Castle of the Mad King Ludwig. This was my favorite version of the three choices. I love that there is always plenty to think about while playing this game. Balancing the different room types and bonuses can provide to be somewhat difficult, especially when trying to negotiate with another person to build the castle. I enjoy the competitive/ cooperative nature of this game, and it has provided many laughs for my family this year. 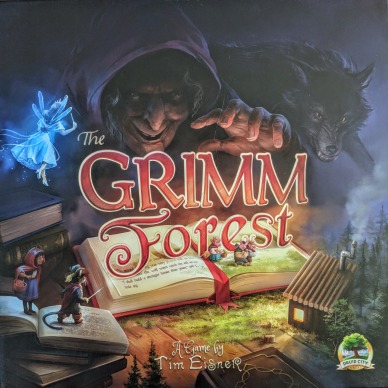 This game is probably the most cut throat game I have added to my collection in a long time. The high level of player interaction keeps the entire table engaged, and sometimes somewhat enraged. While I enjoy the take that nature of the game, I also have this as my number one for this year because of the quality of the game itself. The game is top notch when it comes to beautiful, well made components. The miniatures were the favorite thing I painted this year, and I felt were some of the best I have in my entire collection. The game feels great to play, and yet is simple enough to teach to new gamers. 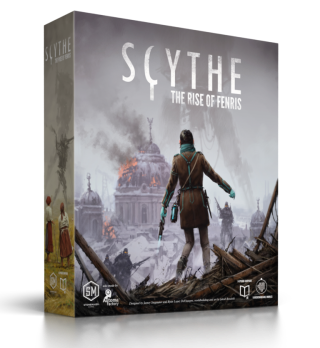 Rise of Fenris is not a full game, but I still feel that it deserves a mention on this list. After all, if this list was titled “Best Gaming Experiences of 2018”, Rise of Fenris would take the top slot by a landslide. The last expansion to Scythe has been by far the most played game on my table this year. Our campaign will be coming to an end within the next week or so, and I have to say I am actually sad to finish it. There has not been another game that has given my entire family such excitement, nor such a sense of discovery. The game was phenonmenally well done, and while I am sad to see the end of Scythe, I am thrilled it finished in such a carefully crafted way.  If you are interested in just why I loved Rise of Fenris, be on the lookout next week for my full review of the campaign.