The holidays are right around the corner, and if you are like me, there might be a few people you still need to get gifts for. I have created a gift giving guide for different people based on some of my favorite games that I have played this year. Hopefully this might jog your brain if you are stuck on some last minute presents! 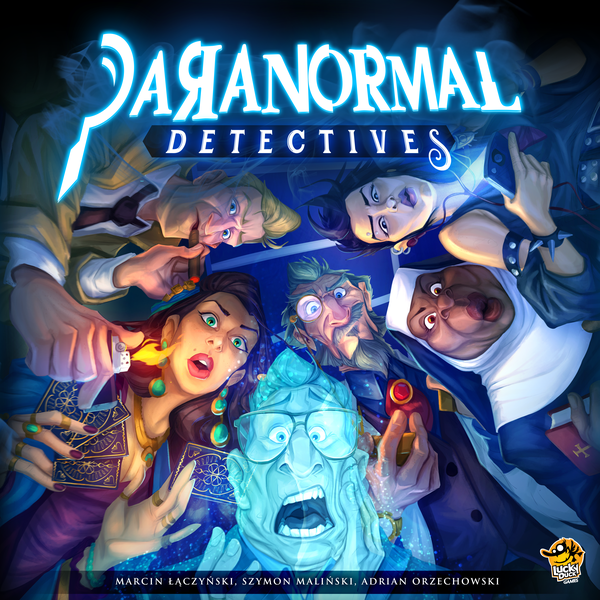 Paranormal Detectives has become one of my top ten favorite games since getting it in October. It is easy to explain, fun to play, and has endless replayability. Younger children could enjoy this game with the help of an adult, and older children should be able to play this game independently. I would especially suggest this to families who enjoy games like Dixit, Mysterium or Muse. 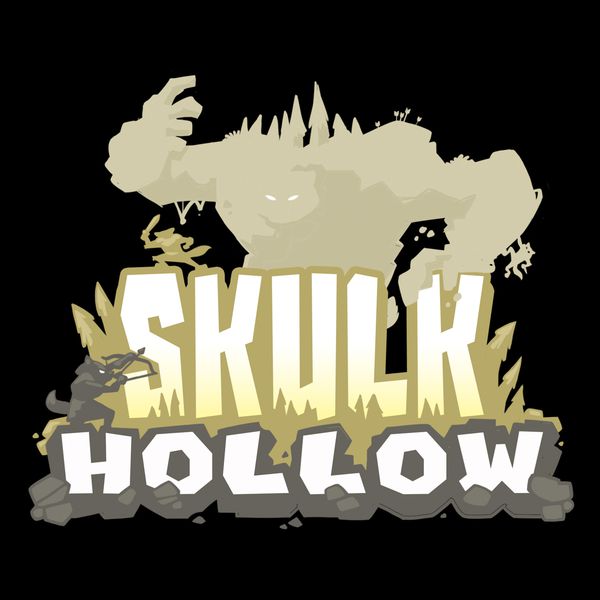 Skulk Hollow is a great, main event game that is created for two people. The game is asymmetric and has a variety of characters for players to choose from which creates a game that has high replayability. Additionally, the game comes with some of the coolest meeples I have ever seen.  However, I would not suggest this for couples who do not like direct combat. 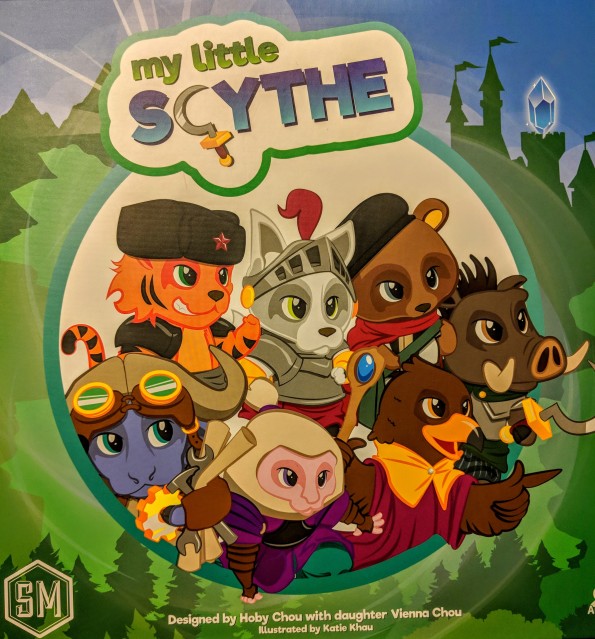 My Little Scythe is a go-to game within my classroom, and I would definitely suggest it for families with younger children. The game is vibrant and cute, with Chibi animal miniatures, and a lot of 3D components. On top of the eye-catching factor, this game teaches kids great values such has helping your neighbor out, and that there are ways to win that don’t involve violence. Plus the game includes a family friendly painting guide so a parent could start to bond with their child over miniature painting!

Games for Older Children: Swordcrafters, Planet, and Chronicles of Crime 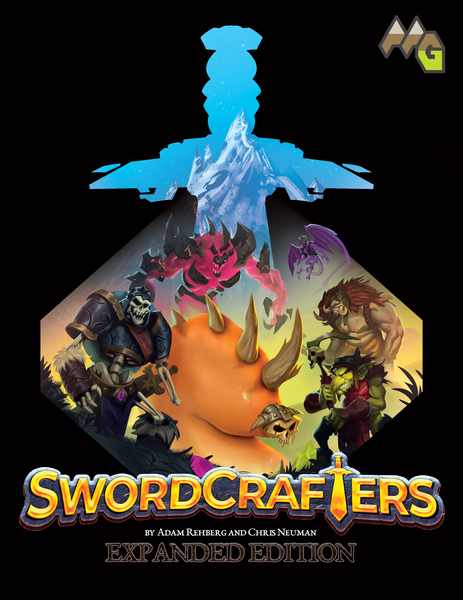 Swordcrafters is just as the title would have you imagine. The game focuses on crafting a 3D sword by tile selection. Players a competing to have the best sword at the end of the round. The boys in my seventh grade classroom have really enjoyed this because of the 3D element of the game, and because it does not take an extremely long time to play.  It ends up feeling like a puzzle as players work and turn their sword to try to meet goals. Planet is another very tactile game. Players focus on creating a 3D planet to meet goals on the table. It is easy to play, but my students tend to love it because they get to play with the creating this 3D planet, and it can be hard to plan long term. It is also another quick game for kids who are on the go a lot! 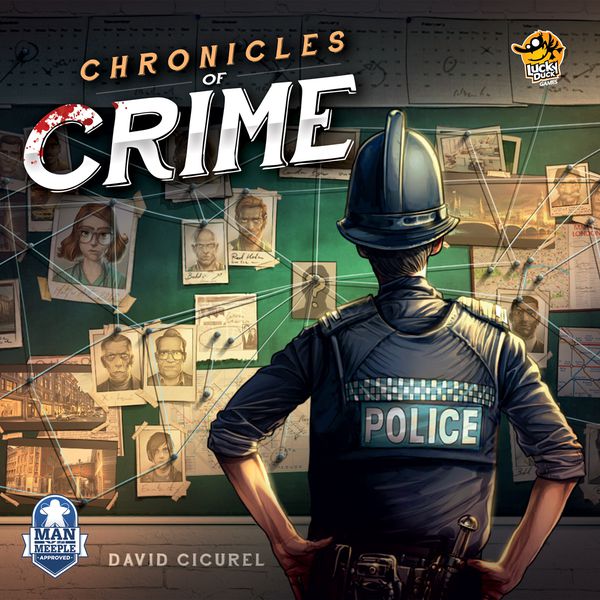 Chronicles of Crime puts players in the shoes of detectives trying to solve a crime.  Kids who enjoy suspense and thinking through problems really are drawn into this game. Plus, the game is enhanced with technology. Players are allowed to engage in virtual reality settings throughout the game which creates a very immersive atmosphere. This is a longer game, but the looming deadline keeps the game moving at a good pace and it should hold the attention of children and teens for the whole game.

Game for Players Who Enjoy Take That: Bosk

Bosk was a game that surprised me this year with just how aggressive it can be. It is a beautiful game, focused around growing a forest. That beauty and simplicity tricked me into thinking it would be a relatively passive game. This could not be further from the truth. In order to play this game well, there has to be some element of take that. Players will have to engage with one another throughout whether they like it or not. It makes the perfect game for players who enjoy take that but might be looking for something quick or beautiful.

Game for The Art Lover in Your Life: Wingspan 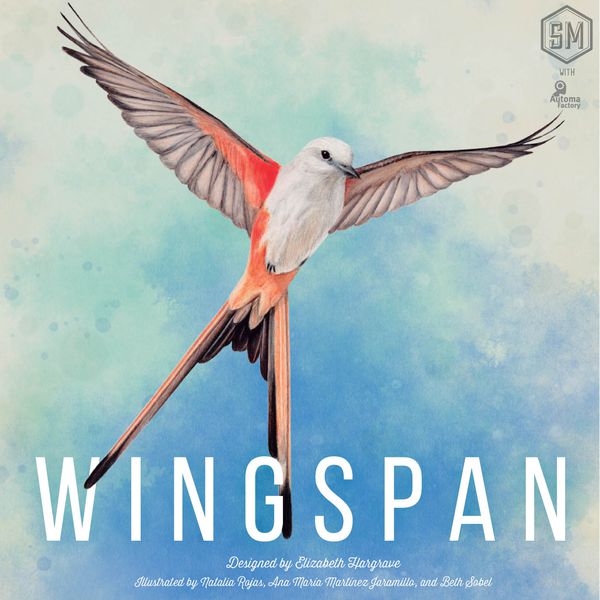 Wingspan has become one of the most played games in our household this year. It is easy to teach because of the layout of the player board. Due to the many gorgeously illustrated bird cards, there is plenty of replayability. With the added European Expansion, I know I still have not seen all the bird cards come into play yet. The whole game has been illustrated beautifully, from the player mats, to the bird cards to the dice tower. It makes the perfect gift for someone who enjoys games as an art form. 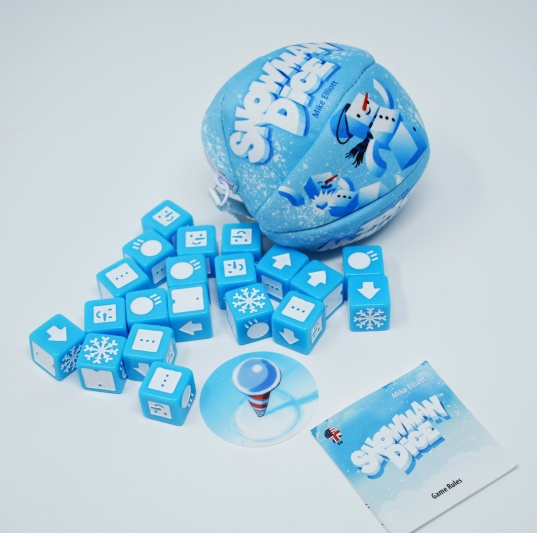 Snowman Dice is a cute little dexerity game that comes in a snowball sized pouch. It is the perfect stocking stuffer for a younger child who enjoys board games. It is simple to teach, takes around five minutes to play, and could be played by a child as young as four or five. 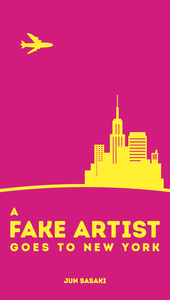 Fake Artist Goes to New York is a great stocking stuffer for all ages. This party game is small enough to fit in your pocket but is as engaging as a full sized party game. Players will be cooperatively creating a picture, with everyone knowing what is being drawn except one person. It creates some great laughs, especially when players are not necessarily great artists to begin with! 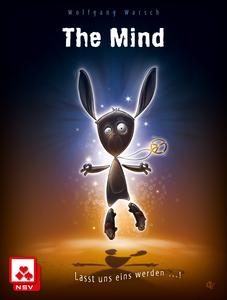 The Mind is a good choice for a stocking stuffer for those who play with four or less frequently. The aim of the game is extremely simple, but it is one of the most challenging games in my collection to be successful at. This game almost feels like an addiction as players to try to silently place cards in order ascending order. We almost always end up playing it at least ten times in a row. A great low key game for the holidays.

Games for a White Elephant Gift: Hedgehog Hop, The Table is Lava, and 8BitBox 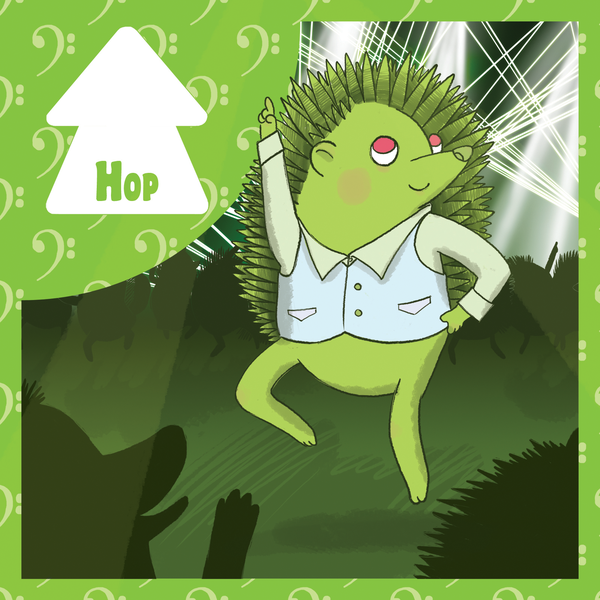 Hedgehog Hop is a cute little game with a weird theme. It works well for a silly white elephant because it is easy to learn, tiny, and the dancing hedgehogs and bright artwork make it one of the oddest themed games in my collection. Despite being good for a laugh, the game play is also really great for two players. 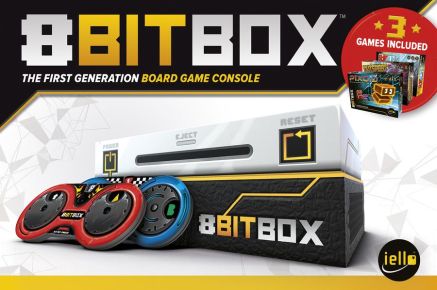 The Table is Lava and 8 Bit Box are both great for non gamers. Both have a sense of nostalgia about them. The Table is Lava is based off the childhood game The Floor is Lava. It is a simple dexterity game that is provides silly family fun. 8 Bit Box is based off the pixelated video games from early video game consoles. Both games will provide a sense of familiarity, but still be interesting enough to make a great white elephant gift. 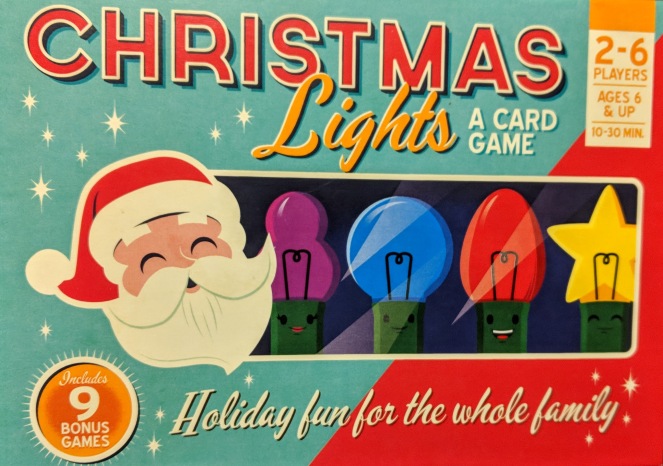 Christmas Lights is a collection of simple card games with a Christmas theme. I like this to play on Christmas morning because the collection of games allow players to find one that fits what their family needs. Some games are easier for younger kids, some are more difficult for families with older children. Regardless, all the games are relatively quick, so that families could play a game and then get to any of festivities they have planned for the day!