Many people shy away from playing board game apps on phones. I understand the sentiment, why play an app when you could sit down away from technology and actually play a game? I can easily see the arguments against board game apps. They go against my normal attitude of putting technology away and spending time face to face with others, and they don’t have the same feel of a physical game. While this is true, there are also numerous benefits to board game apps that are not always recognized. 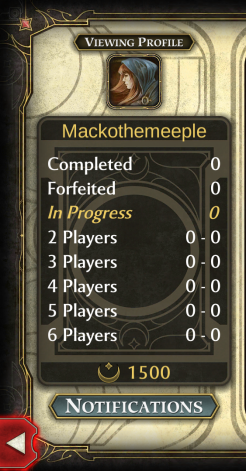 I personally enjoy board game apps for a variety of reasons. In yesterday’s post, I mentioned one of them. Sometimes, regardless of how much I enjoy playing game, I cannot find the motivation to set up or clean up a board game. This happens more frequently for me in the heart of winter, but then eases off into spring. Unfortunately yesterday was one of those days…but because of the great community I got to play Lords of Waterdeep with some friends from Instagram. It is a great way to turn around my mood a little, and enjoy playing games. In the back of my mind, I realize that allowing myself to avoid doing something I love because of depression is probably not actually a benefit of board game apps…but at least it still allows me to engage with a game on those days I cannot find the determination to set up a game.

While that case is somewhat specific to myself, there are many more general ways in which board game apps can be helpful for gamers in general. Board game apps are a wonderful way to give a game a “test run” before actually purchasing a game. Most of the time, the apps run very similar to the physical game. By playing the app, I can get a feeling for the mechanics and rules before buying the game. It has also helped me rule out games that I may not be interested in. I would much rather spend under 10$ for an app of a game I do not like, than 50-100$ on a board game I do not like. This is especially helpful if none of my local stores have a library copy of the game to try.

Despite the fact that apps are less social than physical games, they do provide an interesting opportunity for interaction. I interact with people from all over the world on a day to day basis through my various social media accounts. Most of these people I will never get the chance to sit and play a physical game with, despite the fact that I try to travel to conventions and other game gatherings as frequently as possible. Through the introduction of board game apps, I am able to play with a huge variety of players. It makes me a better player, and lets me connect with all kinds of gamers. This does not just apply to people I have met through instagram, conventions, twitter or boardgamegeek either. It also is a way that I can stay connected with my family. While my parents are only a short drive from my house, my older brother lives in another state, and my younger brother is studying abroad in Germany. Board game apps let me still play with my siblings from afar. I am especially looking forward to the release of digital Scythe for this reason, as my family loves playing Scythe together.

Finally, some games just flow better as apps. For instance, I absolutely love Elder Sign, but in person it can be rather fiddly. There are a lot of different moving pieces, and rules that could be missed when playing physically. However, it is a challenging game that I enjoy playing solo. I downloaded the app recently and fell in love. The app is straightforward and smooths gameplay, but it still has the challenge and mechanics of the physical game. While I don’t find it true for all games, there are certainly games that the app is just easier to play than the actual game.

Interested in playing a game with me? Here at the game apps I am currently active on:

If you want to play a game, just add me and start a game. I love playing with new people. I play Elder Sign, Onirim and This War of Mine independently as well.  Also, let me know if there are any board game apps you think I would like. I love adding to my collection.